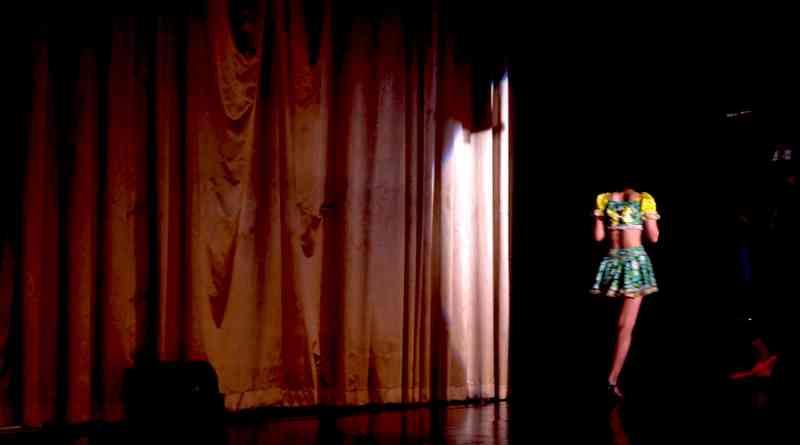 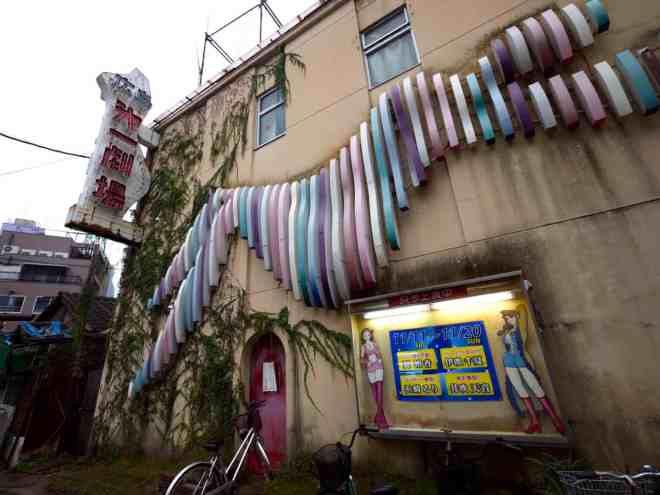 Strip theater was booming in 日本 when the Daiichi Gekijo opened in Hiroshima’s Nagarekawa adult entertainment district in 1975. Part of a chain of theaters which also had locations in Tokuyama, Takamatsu, Fukuyama, Okayama and Kobe, it was one of several strip theaters in Hiroshima. The only remaining classic strip theater in Hiroshima for some years now, it too will close its doors at the end of 一月uary, 2017. While adult sextertainment in 日本 has evolved in all manner of bizarre ways, the basic format of strip theater has remained largely unchanged. I talked with ‘Shacho’, the owner of Daiichi Gekijo, about his time involved in this post-war entertainment, soon to be consigned to the past. 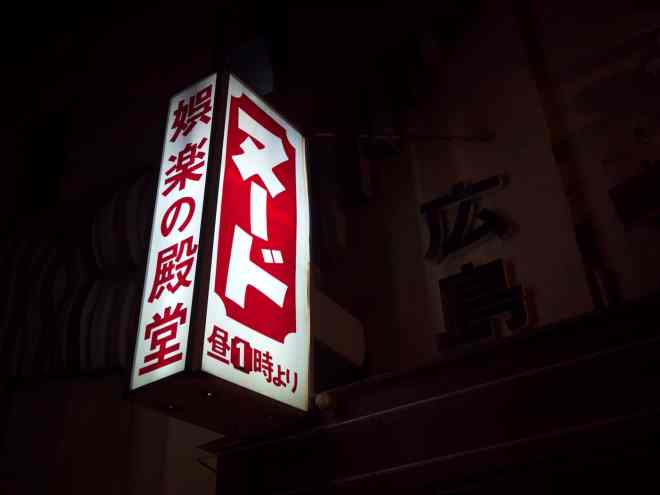 “I started out with Daiichi Gekijo in Kobe in 1976, taking over running the theater there a year later. Strip clubs were in their hey day and we had 6 or 7 full-time staff. Then, after 2 years as manager in Takamatsu, I became owner of the Okayama theater at the age of 30. However, as a result of this and that, it shut down after about 18 months. In the summer of 1983, the Hiroshima owner called me up and asked me to come and give him a hand. I eventually took over and have been here for the last 33 years.” 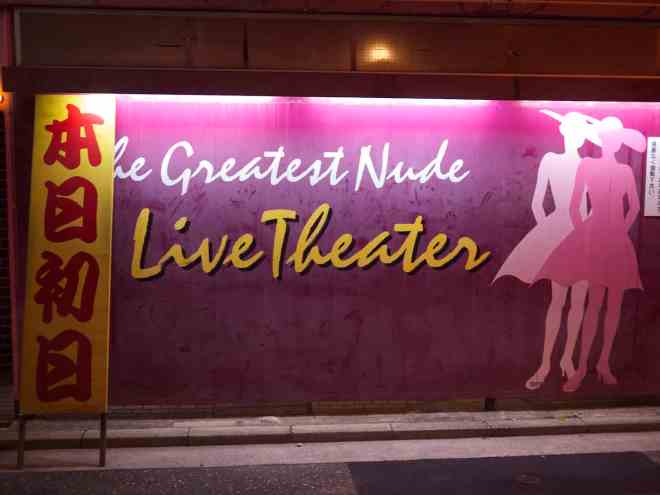 “Running a strip club really isn’t much fun. I’ve been through two clampdowns and the adult entertainment business has been in a state of continual change. There were over 120 strip theaters in 日本 when I got into the business. Only 20 some are open today. Back in the day, strip theaters like ours were the only place you could see a naked woman. Now, with the internet and the proliferation of sex clubs, the number of people willing to pay to just view the female form shrunk considerably. Strip theaters were also the first casualty of the economic downturn.” 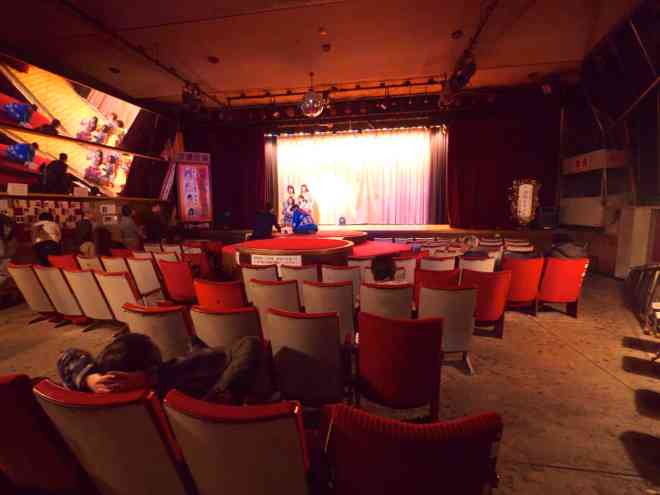 “The way the place of women in society has changed is really interesting. Years ago, it was considered unseemly for a woman to be out in the streets after 10pm. After a drinking party, the women would head home promptly while the guys would move on to a strip club. Once women started to enjoy the same social freedoms as men, mixed groups were far more likely to follow a drinking party by going to karaoke than to a strip show.” 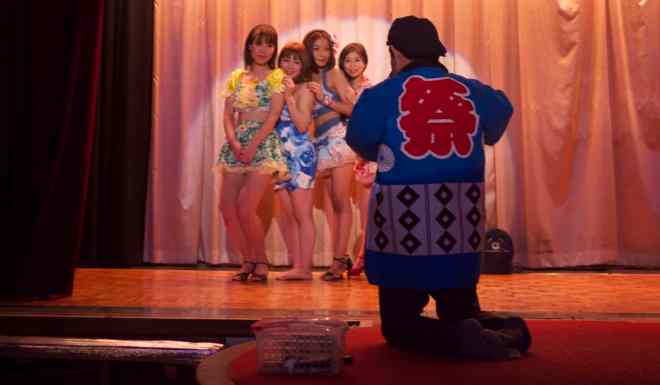 “舞者，或者 塔伦托 众所周知，他们通常是40多岁的人，其中许多人以前是传统日本人 日布 dancers. There were a few younger women around, but they were generally trainees whose stage role was confined to picking up the clothes shed by the older dancers during the shows. I’ve always thought it must be a tough job, being a dancer. They used to be confined to dancing to either 恩卡 songs or old time music from overseas. Today, they are free to use everything from pop to contemporary avant guard music, so there are as many different kinds of shows as there are dancers. As the age of the dancers has come down, the number of stylish and attractive dancers has increased. They’re all a lot younger these days. I guess younger is better when it comes to stripping, but, for me, I think the artistry was better back in the day.” 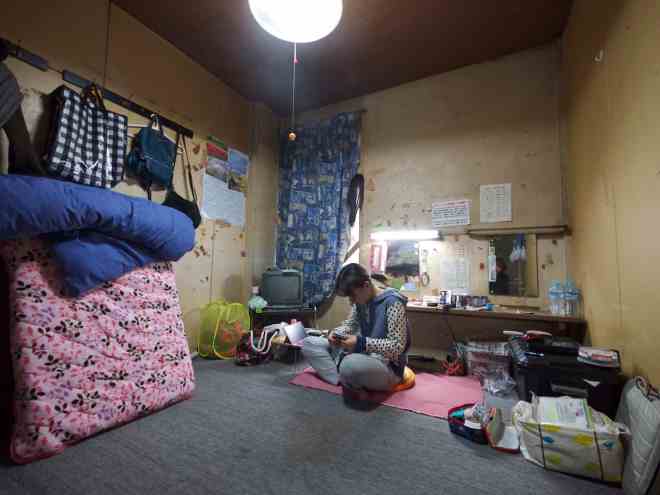 When I started going to strip theaters about 20 years ago, there were more clubs around than today, but the decline had already begun. On my monthly visits to the “Hollywood” theater in Fukuoka, I’d marvel at the dancers. The shows really did move me. There was, too, the sense of superiority that comes with getting the keys to a secret world. Few women frequented strip theaters back then, and I was always quite conspicuous. Now, looking back, I wish I’d done more to introduce this secret world to those around me. There is no rule that says it is one to which only men are admissible. I’ve always found the level of performance very high and, on each visit, I am impressed once more by the sheer beauty of the female form. Performances into which a lifetime of experiences have been poured are so moving they almost reduce me to tears. To me, this is art. “Traditional art for the common people”, and it is form that I sincerely hope will not be lost from this land of 日本. 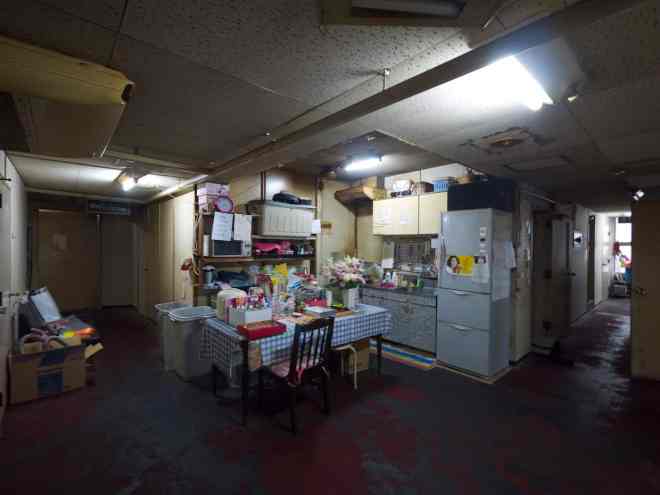 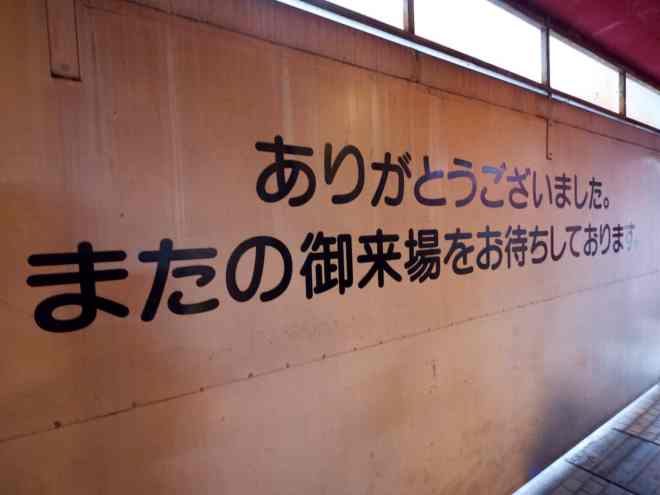 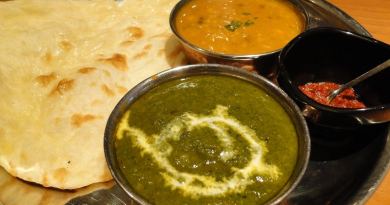 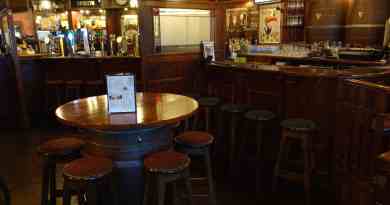 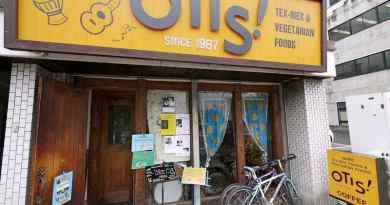